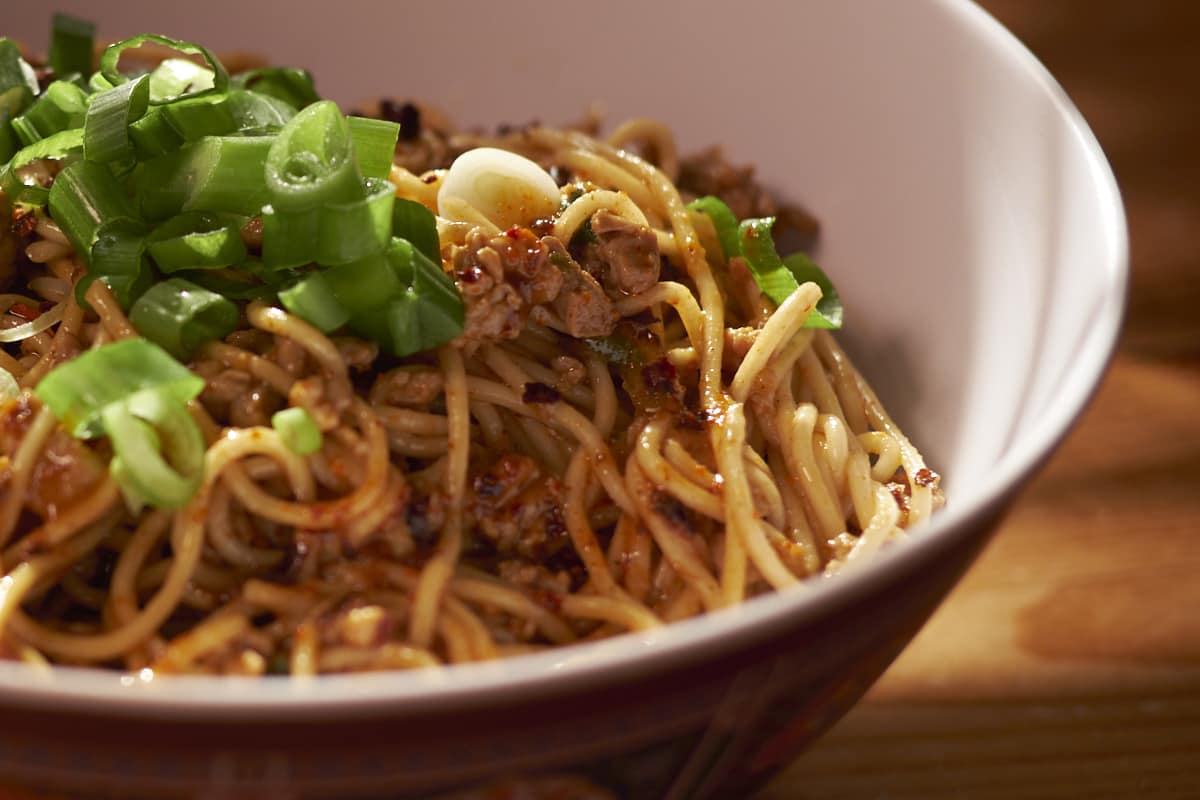 Dan Dan Noodles get their name from the spicy sauce and noodles found on either side of a stick (dan) spanning the shoulders. The merchant would combine the ingredients from each of the two buckets to serve the spicy noodles. What makes Dan Dan Noodles so notable is the combination of flavors and textures from the sesame paste, minced pork, chili oil and especially the Szechuan peppercorns.

I first discovered Dan Dan Noodles around 2010 at Han Dynasty with my friends Aimee, Bernie, and Yancy. I had never been more happy to be sweating from such delicious spicy foods. Szechuan peppercorns aren’t so much spicy as they are numbing. It’s hard to describe but once you’ve experienced their tongue tingling effects you’re instantly addicted. This recipe is my best attempt to replicate the best damn dan dan noodles ever.

Since you’re already on youtube, go check out this informative 2015 Munchies episode starring Han Chiang from Han Dynasty. Han talks a bit about his restaurant, his philosophy about Chinese / American cuisines, and stops by a few places in town to get his eats on. This is one of the more enjoyable videos I’ve seen about Philly, food related or otherwise. Warning: there’s cursing, edible eyeballs, pig loving, and Jason Kelce.

Back to the Noodles 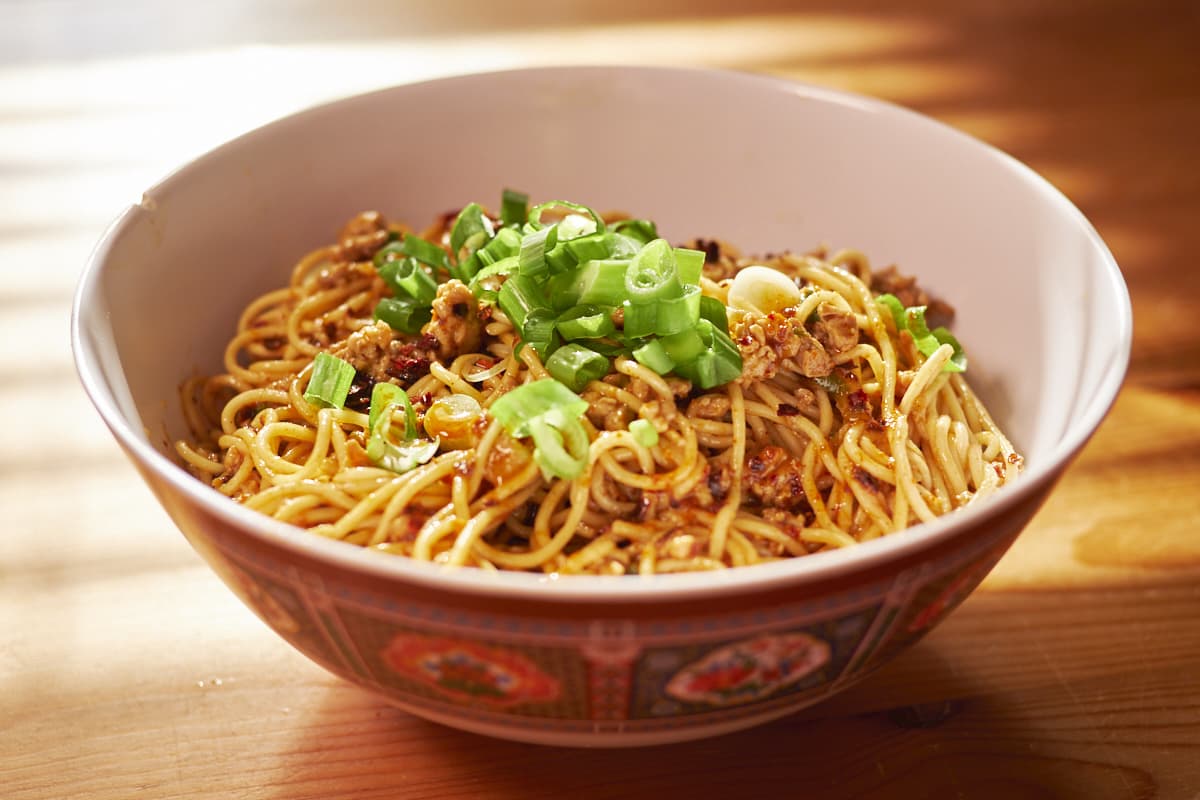 It’s no exaggeration to claim that Han Dynasty Dan Dan Noodles are legendary. I mean, my friend Aimee has ensured this to be true all on her own.  I would never claim this recipe is better than the real deal but they are pretty darn close; especially if you’re not near a Han Dynasty.

There’s three main components to Dan Dan Noodles; the sauce, the noodles, and the minced pork. The sauce is the more complex of the trifecta so I’ll get to that in a minute.

For the noodles, I used fresh Shanghai Yang Chun noodles from my local asian shop.  They’re not the perfect Han Dynasty dan dan noodles but they’re close.  Any medium thickness round asian flour noodle (not rice) should work.  In a pinch, you could use linguini.  Prepare the noodles per the package directions then run them under cold water to stop the cooking.  Drain them thoroughly so no extra water dilutes the sauce and so the sauce sticks well to the pasta. Proper draining is a critical step.

The minced pork is traditional and pretty easy to prepare.  Rather than packaged ground pork, which I rarely see available but you could ask your butcher, quickly chop up a half pound of pork loin. Just mince the pork then sauté with ginger, garlic, and a splash of soy sauce (for seasoning and color). Just as you turn off the heat, throw in a handful of chopped scallions. Taste for seasoning especially if you’re using low sodium soy sauce. You could skip this or use mushrooms if you want to make it vegetarian.

The Dan Dan Noodle sauce is the key component here. I’ve found over a dozen variations on how to make this but none seem to come close Han Dynasty’s. This sauce is spicy and numbing with a bit of sweetness and lots of umami from the sesame paste. Within the recipe for the sauce is a recipe for homemade chili oil. It only takes a few minutes to make but you’re going to have to source some ingredients from an asian store or the internet. I’ve posted the recipe for Szechuan Chili Oil in a separate article here. If you’re going to buy the chili oil in a jar, all I can say is good luck. There’s not much constancy out there and most of them use food dyes to make them red.

There’s a traditional way to prepare the dish of which I’m not sure I’ve determined the purpose.  Rather than pouring the sauce over the noodles, you first put the sauce in the bowl, then the noodles, and finally the pork and some scallions on top. It seems to work well and I haven’t been brave enough to do it differently. 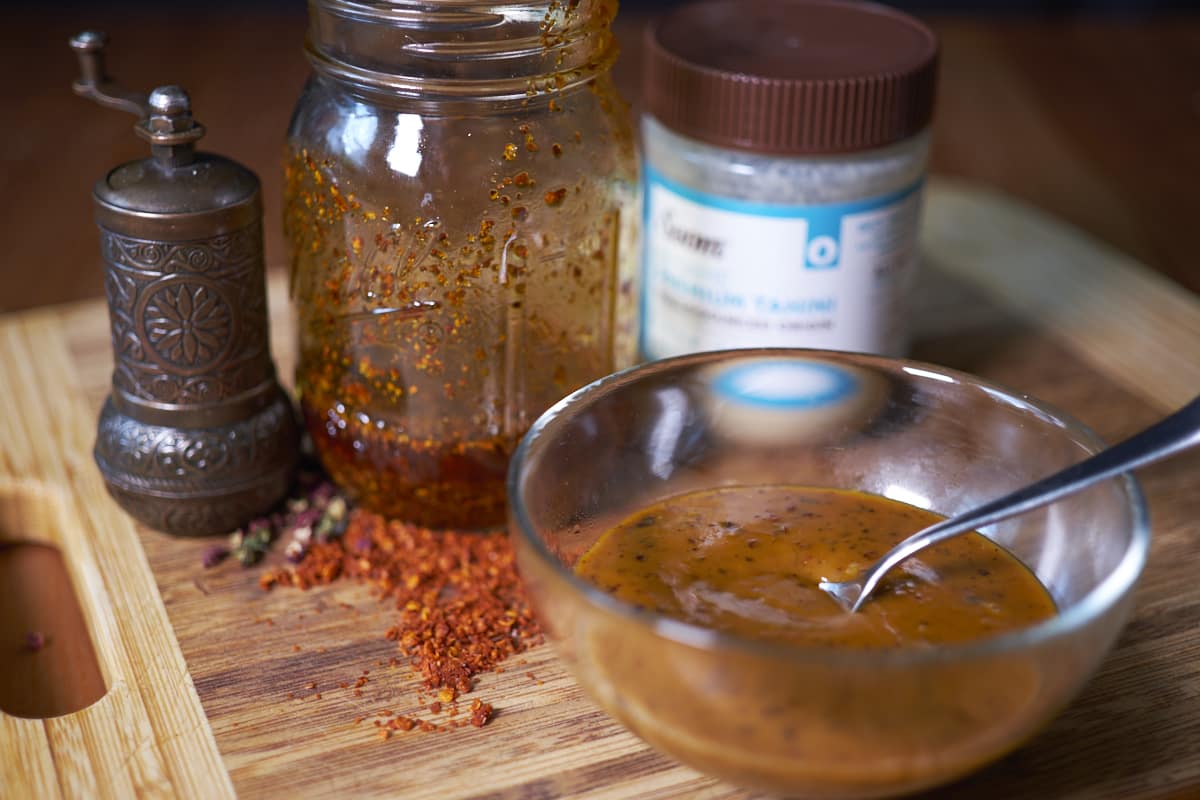 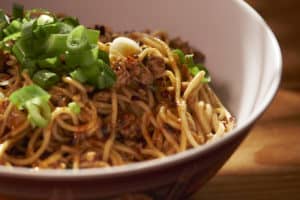 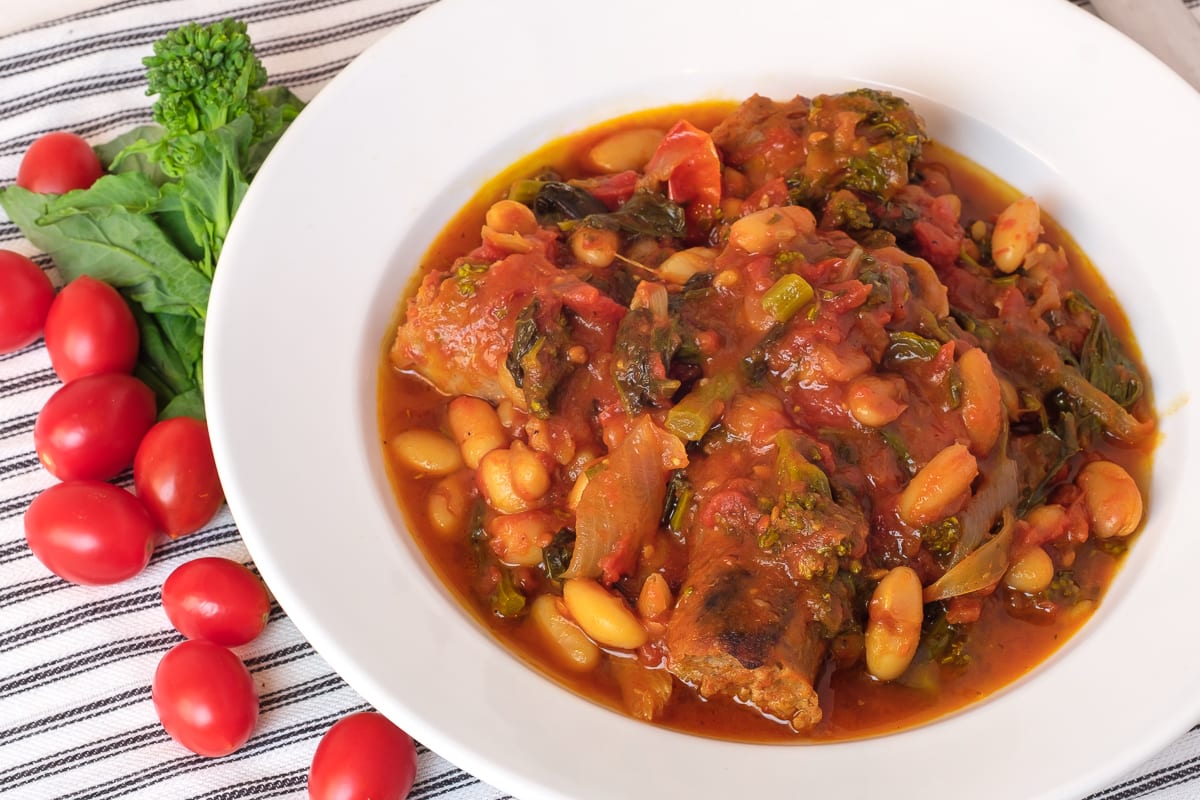 A cassoulet is a classic slow cooked dish originating from the south of France which typically has pork or duck and white beans. I picked up some sage pork sausage from L. Halteman’s at Reading Terminal Market to make this Sausage Cassoulet with Broccoli Rabe. 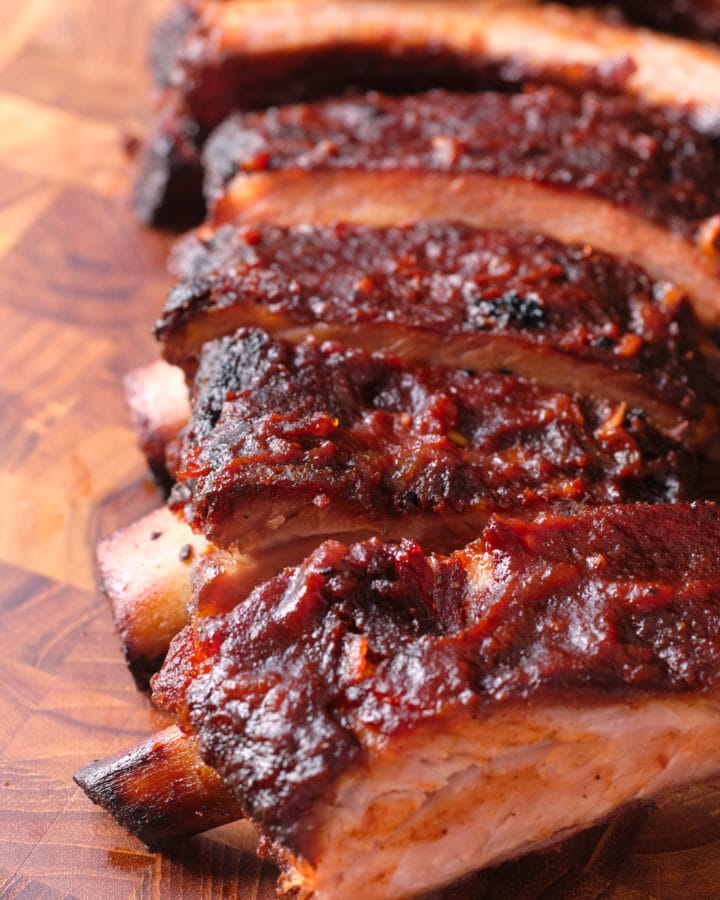 These Sweet and Tangy Oven-Baked Kansas City Style BBQ Ribs are made with homemade KC BBQ Sauce and KC BBQ Dry Rub. Not only are they great for watching The Kansas City Chiefs in the Superbowl, they’re great any time of year! Who says you can’t make great ribs in the oven in the middle…