Homemade Grass Fed Raw Milk Mozzarella certainly is a mouthful. A mouthful of delicious accomplishment!  I’ve always wanted to make cheese at home so I thought I’d give it a shot with some raw milk I picked up at the Fair Food Farmstand in Reading Terminal Market.

On the other hand, there’s anecdotal evidence that suggests otherwise.  Raw milk farmers will tell you that pasteurization kills off all the good pathogens and consuming raw milk is good for allergies, asthma, promoting healthy gut bacteria, and it strengthens the immune system.  There’s a 2003 study published on the FDA site that classifies listeria contamination in raw milk as moderate. Hot Dogs, seafood, and fruit are classified as high levels of contamination.  An October 2011 study published by the Journal of Allergy and Clinical Immunology concluded that, “The findings suggest that the protective effect of raw milk consumption on asthma might be associated with the whey protein fraction of milk.”

The conclusion of Eat Up! Kitchen is that, with anything in life, (1) your perspective will skew your judgement and (2) enjoy all things in moderation.  Now, on to the Mozz! 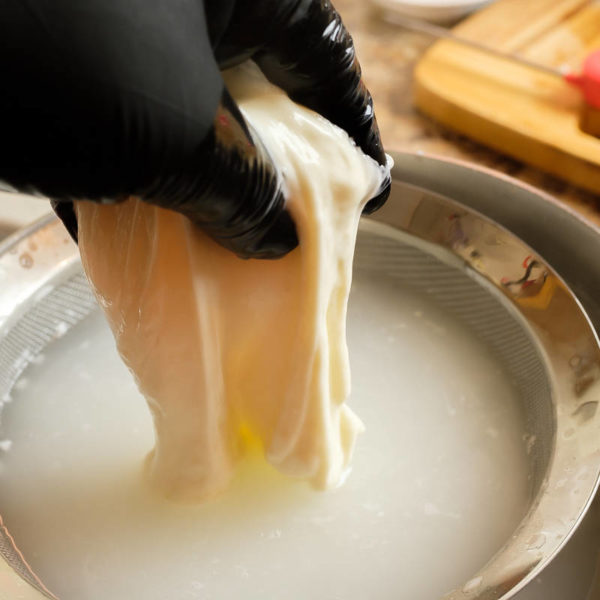 Unlike the hand-formed method I used, I'd suggest using plastic wrap to form the cheese in to a tight round ball.
Keyword Cheese

cheese from scratch grass fed mozzarella raw milk reading terminal market Technique
This post may contain affiliate links. I may get a tiny kickback from your purchase.