When life gives you fresh sticks of cinnamon, make Cinnamon Rolls! I made Mexican Cold Brew Coffee this past week which left me with a craving for some Cinnamon Rolls. It also left me with some Mexican Cold Brew Coffee to make a sugar glaze. And since I had some Vanilla Flavored Almond Milk I used that for the rolls instead of milk. There’s still a stick of butter but, milk free! 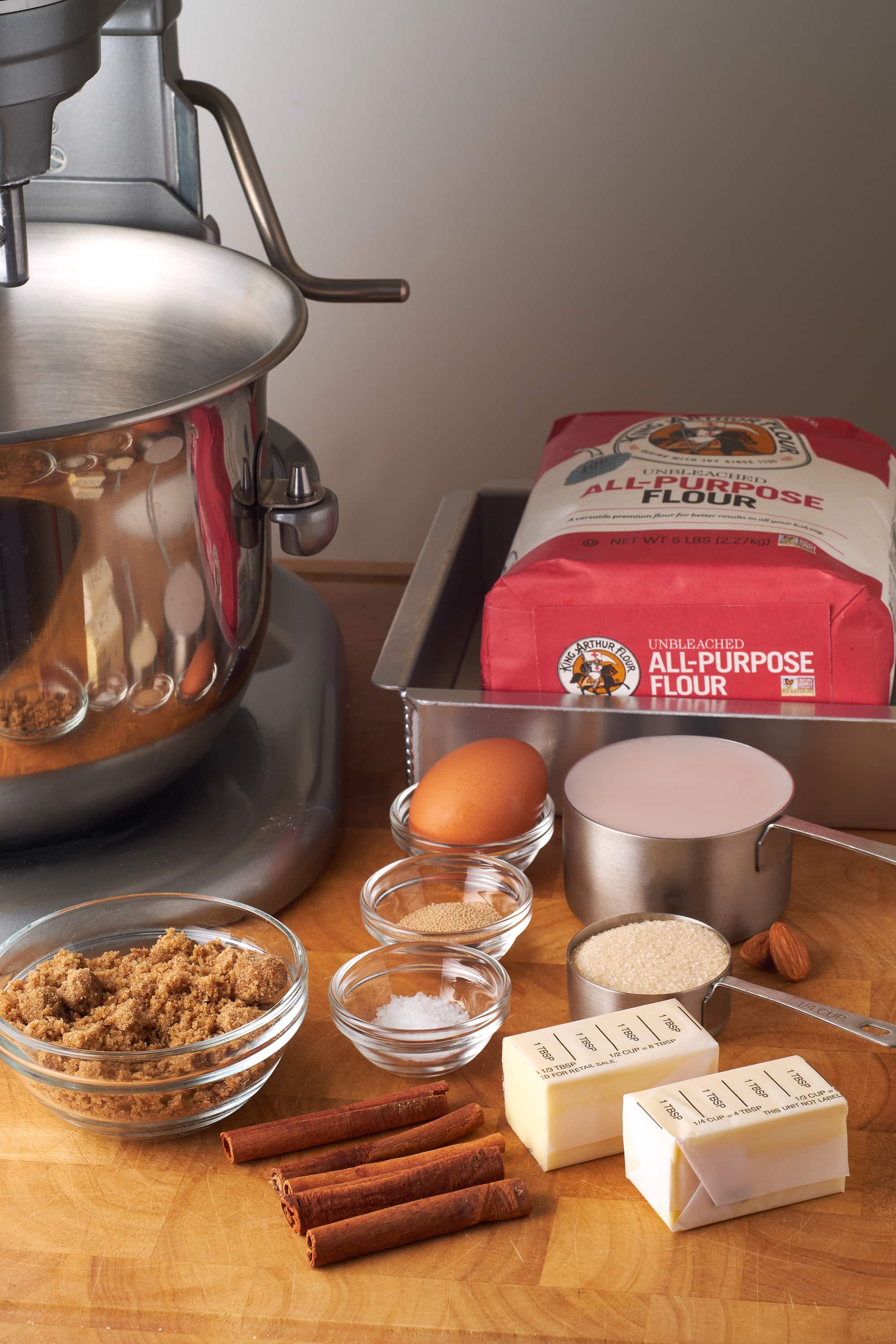 Most people who know me I’m not a big sweets lover. What few people know is that the one confection I can’t stand is Cinnamon Rolls. I used to work in a mall about 20 years ago. It was a little kiosk selling cigars. That kiosk was directly next to a Cinnabon. I know. Everyone loooves Cinnabon. Well everyone hasn’t had to work next to one for 9 months. Geez, I can’t imagine having to actually work there. Gross. Yeah… so let’s make some Cinnamon Rolls!

When I was a kid we used to get these pecan cinnamon rolls in a plastic wrapped tin. Those little mini cinnamon rolls didn’t have any sugary glaze on top and they weren’t too sweet. I’m pretty sure there was at least one occasion were I ate a whole tin in one sitting. As I was making these Cinnamon Rolls, I kept those childhood favorites in mind. I have to admit that working in your own kitchen full of cinnamon aroma is pretty fulfilling. Oh! that brings me to a key part of this recipe. 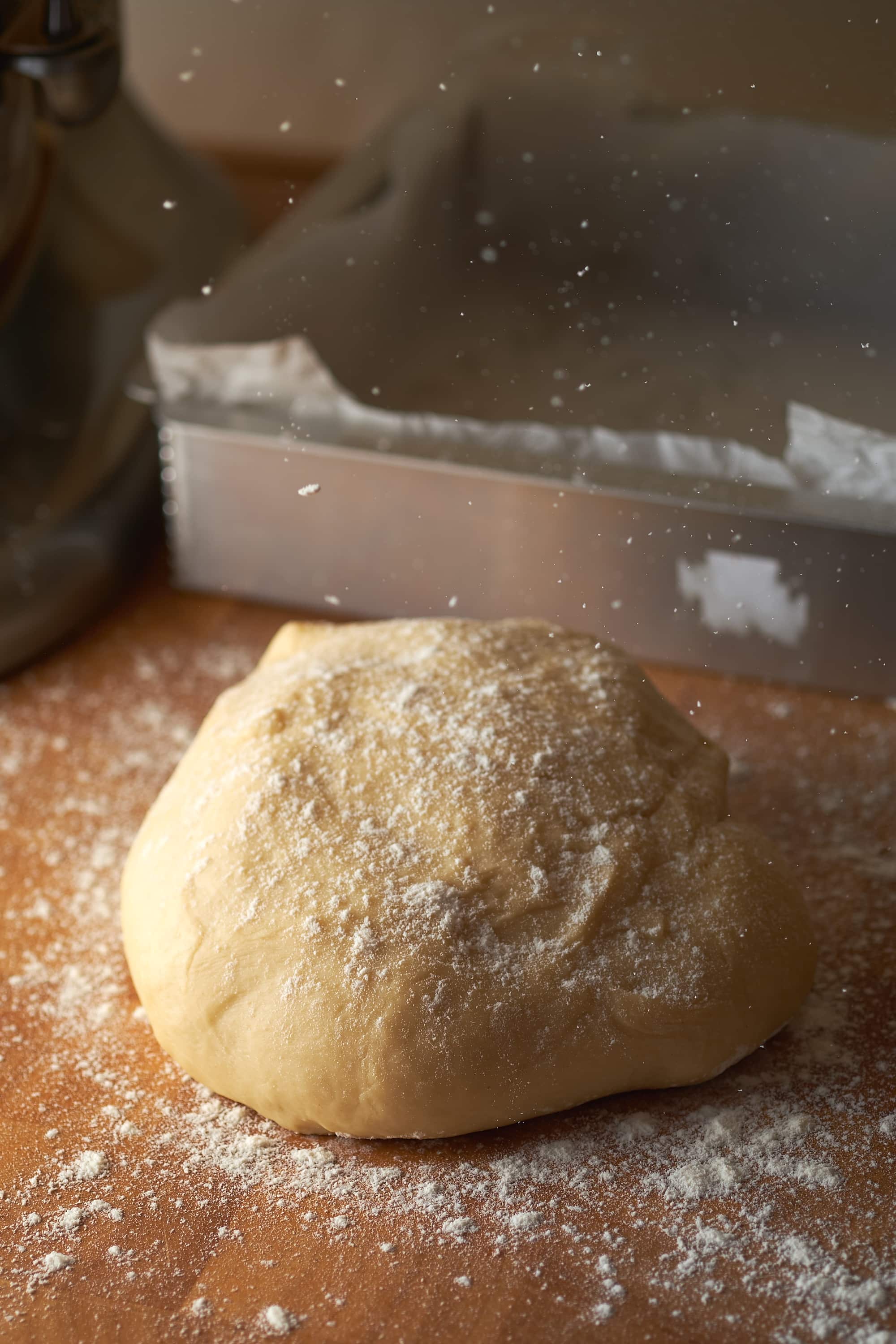 Cover and allow to rise for 1 hour. 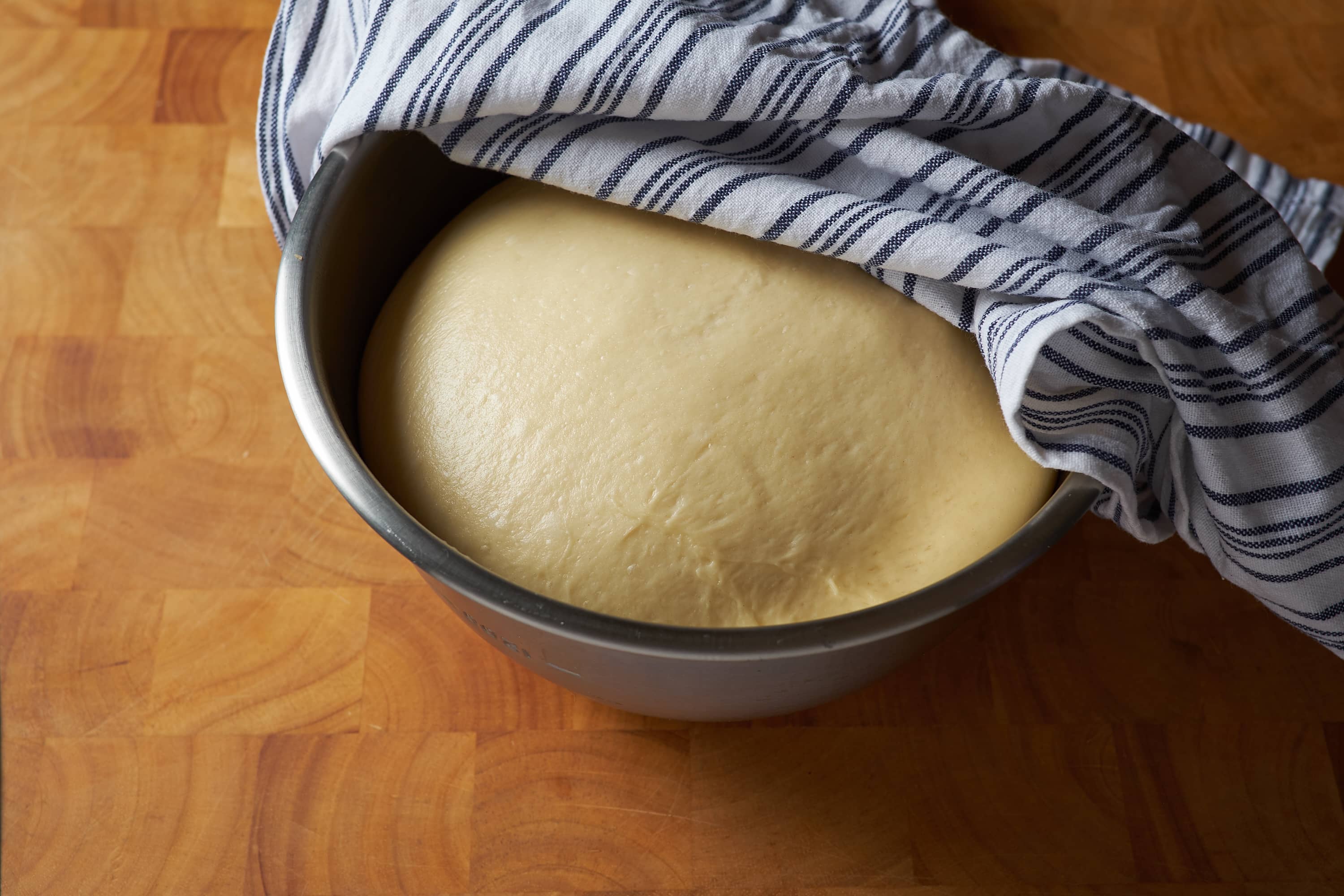 Using fresh cinnamon sticks for this recipe is almost mandatory. The one exception is if you just bought some high quality powdered stuff. If you don’t already have one, now’s a great time to get yourself a dedicated spice mill. I use mine all the time for cinnamon, cumin seeds, dried chilis, and more. 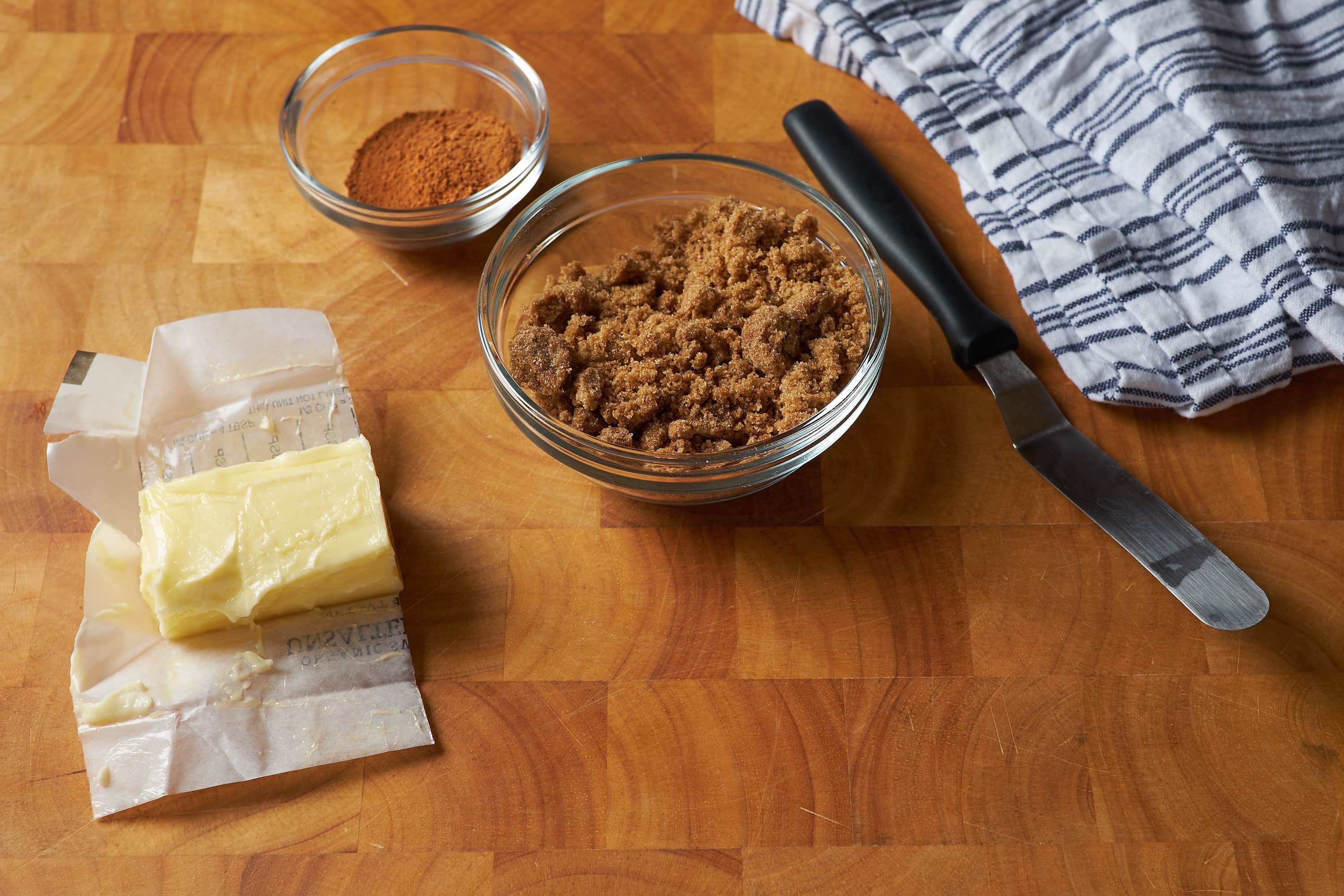 For this recipe I used 2/3 cup dark brown sugar for the filling. If you already have light brown you can go ahead and use that. Two thirds of a cup of sugar was a bit too sweet for me. I’m going to put 1/2 cup in the recipe below but I wanted to mention this in case you think it’s not sweet enough.

I was happy to find that I could easily sub out whole milk with almond milk. I had some Vanilla Flavored Almond Milk I used in my Mexican Cold Brew Coffee. I like using ingredients that compliment each other – and ones that I don’t have to go out and buy for one recipe. You can use any milk you have on hand. I don’t think the flavors of the almond milk made a big difference. It’s hard to say with all the brown sugar and cinnamon dripping from my drooling face and fingers. Oh, did I not mention how incredibly delicious this stuff is? Yeah, Cinnabon can go twirl. 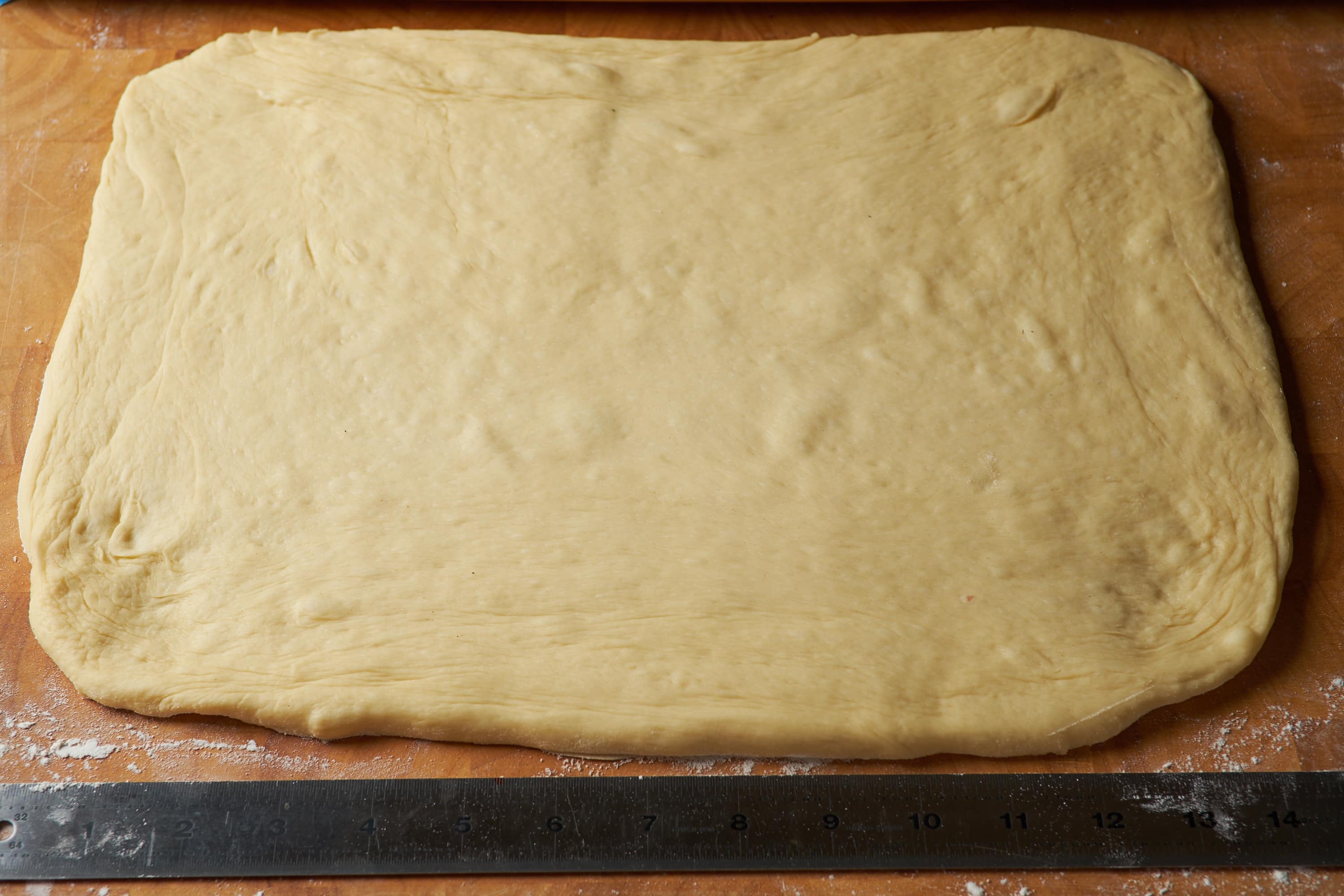 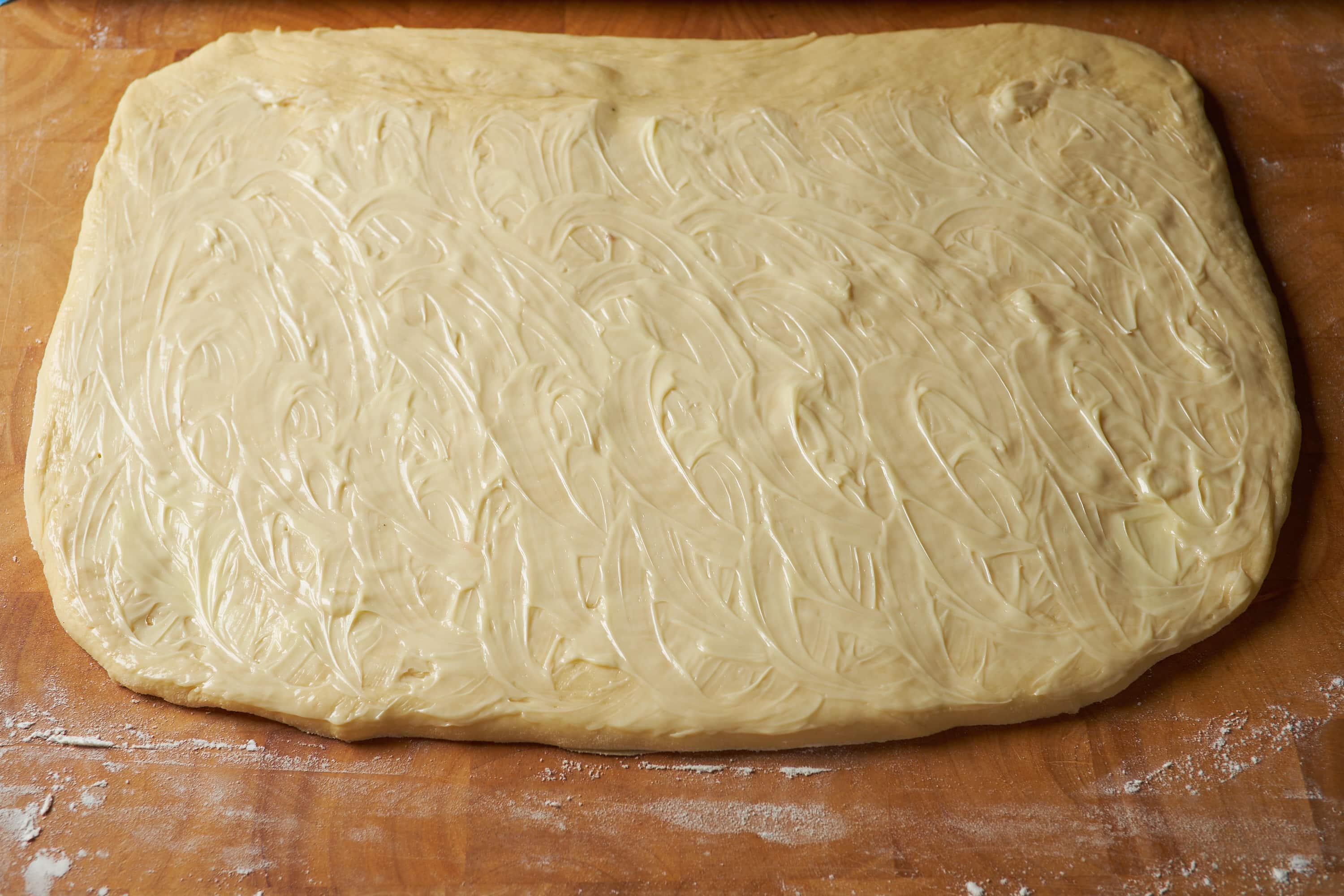 Schmear (it’s a word!) with butter. Leave one inch free of butter and sugar so it seals when you roll it. 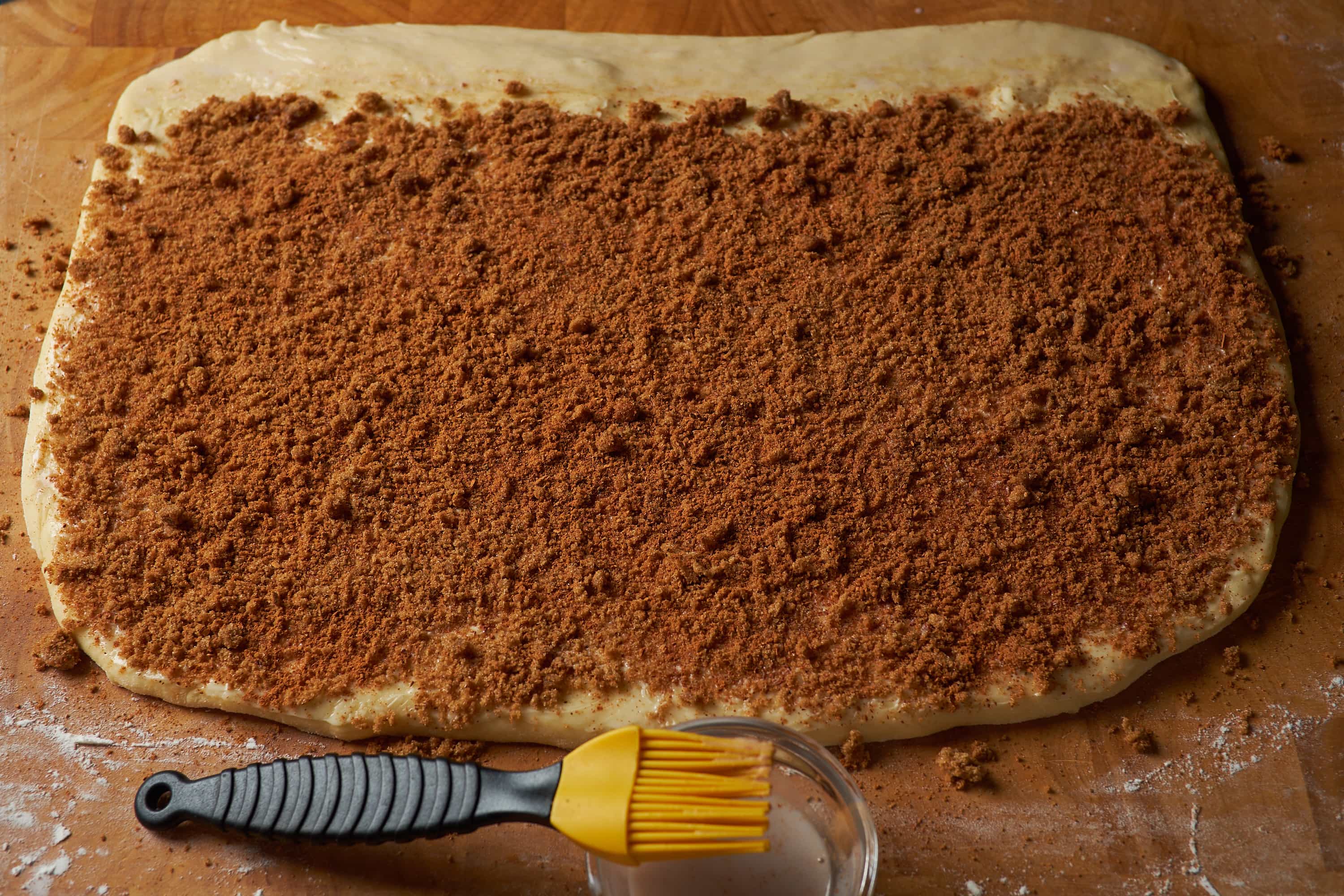 Dust with brown sugar and cinnamon. Brush the top inch with milk or almond milk. 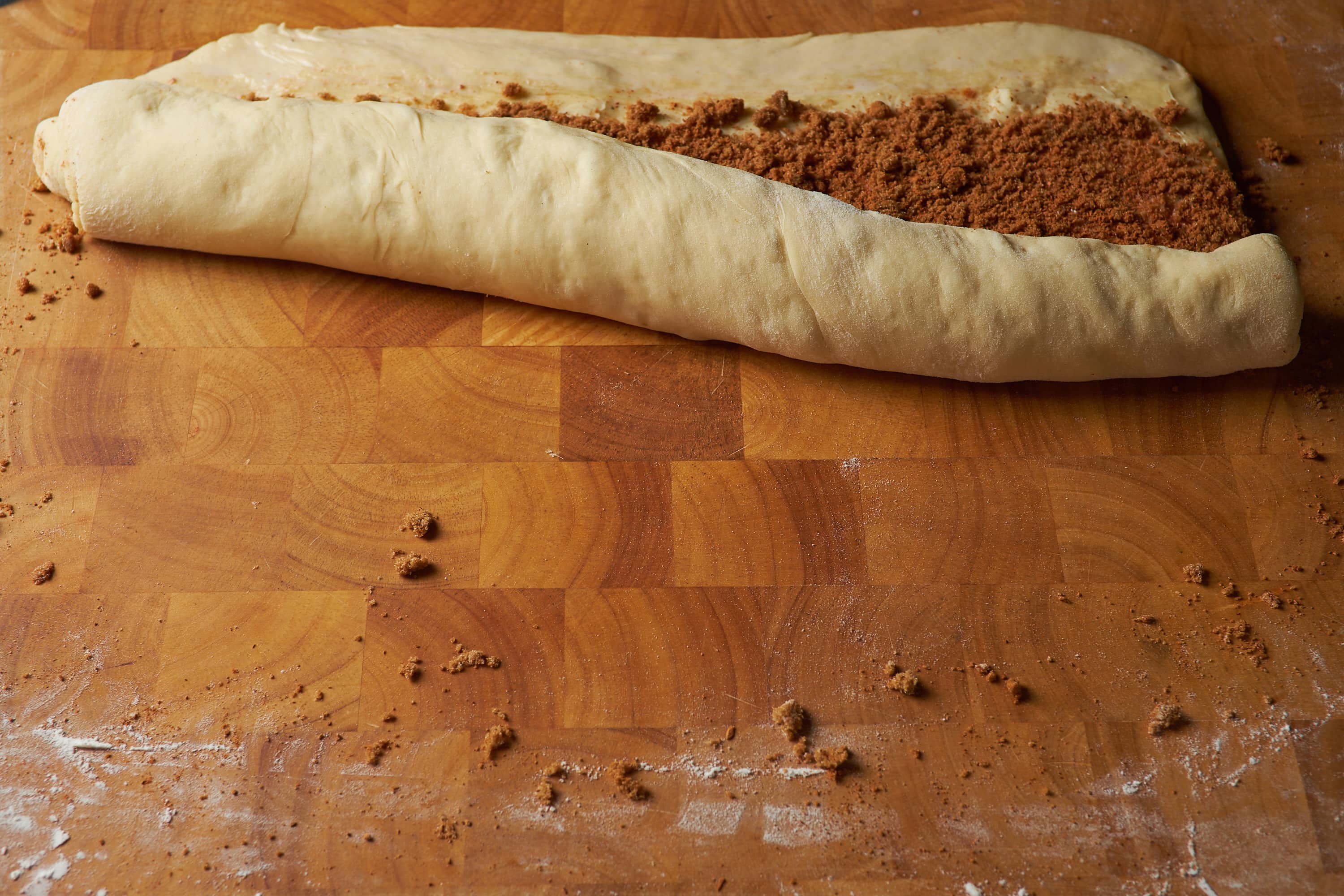 They see me rollin’, They hatin’. 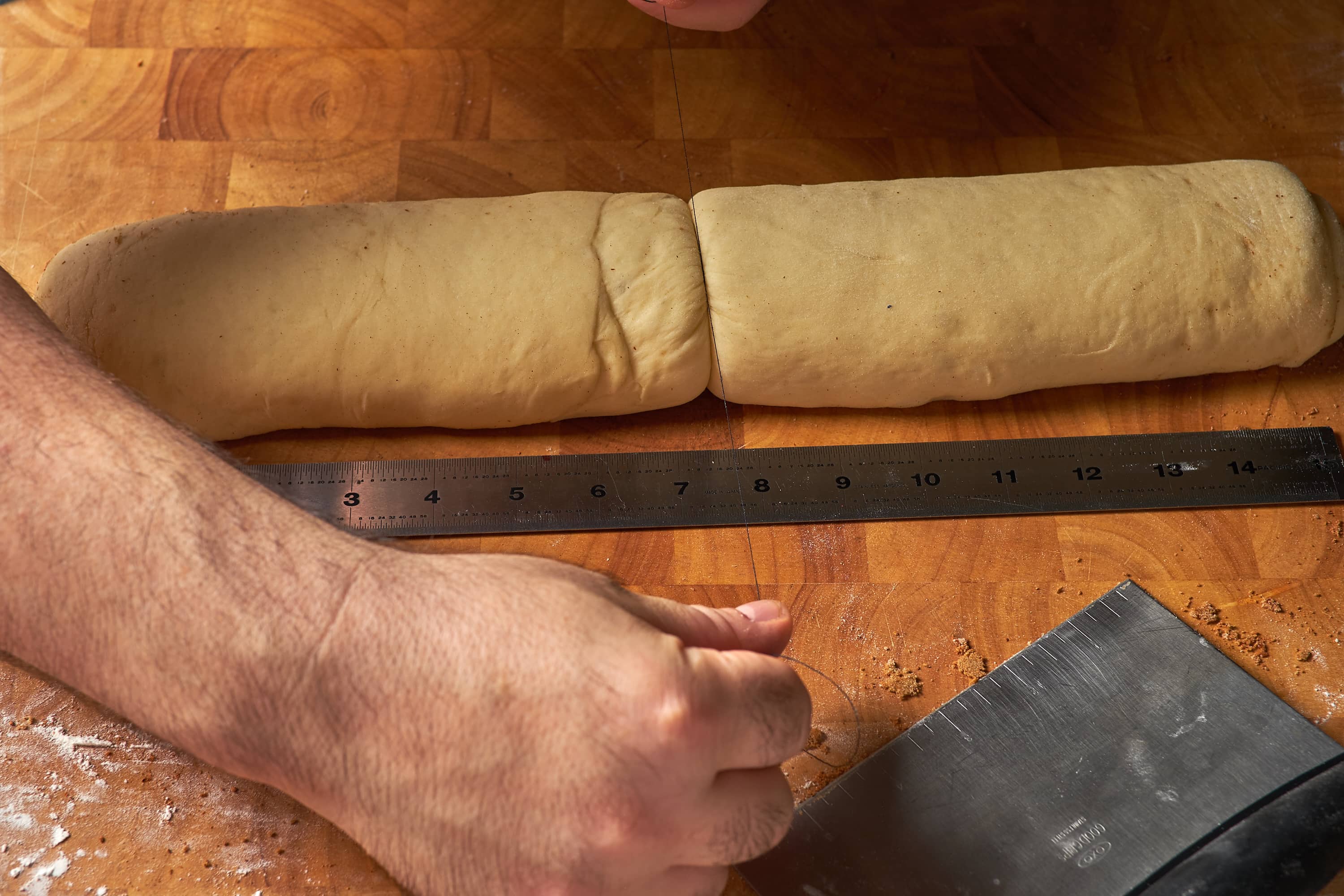 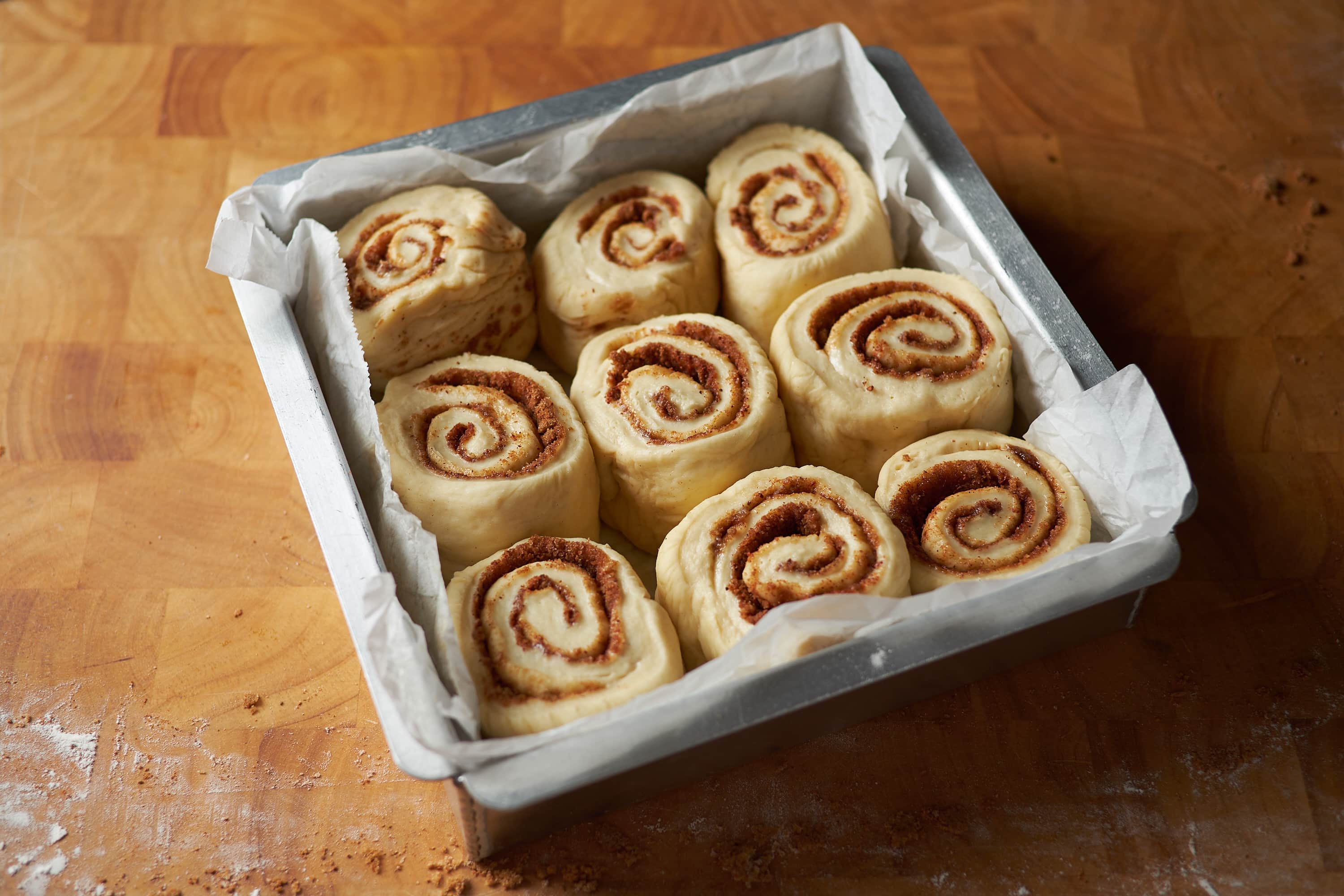 Place each roll in a lined and greased tin. Cover and rise for 20 minutes.

Here’s my favorite part of these recipe. And it’s probably the least significant that you’ll never bother to incorporate. The Mexican Cold Brew Coffee Sugar Glaze. I want this stuff on ice cream and donuts and waffles and a big spoon. Usually you’d make a glaze with powdered sugar and some milk. It’s simple – 1/2 cup powdered sugar to 1 TBS milk or cold coffee. Twirly McCinnabon uses the cream cheese style glaze which is for people who want sugar with their cinnamon rolls. I’m already borderline diabetic. Let’s keep this civilized. Instead of just adding more sugar on top of this we have an opportunity to tie a bunch of flavors together. I could honestly do without any glaze at all but this stuff is too good to pass up. 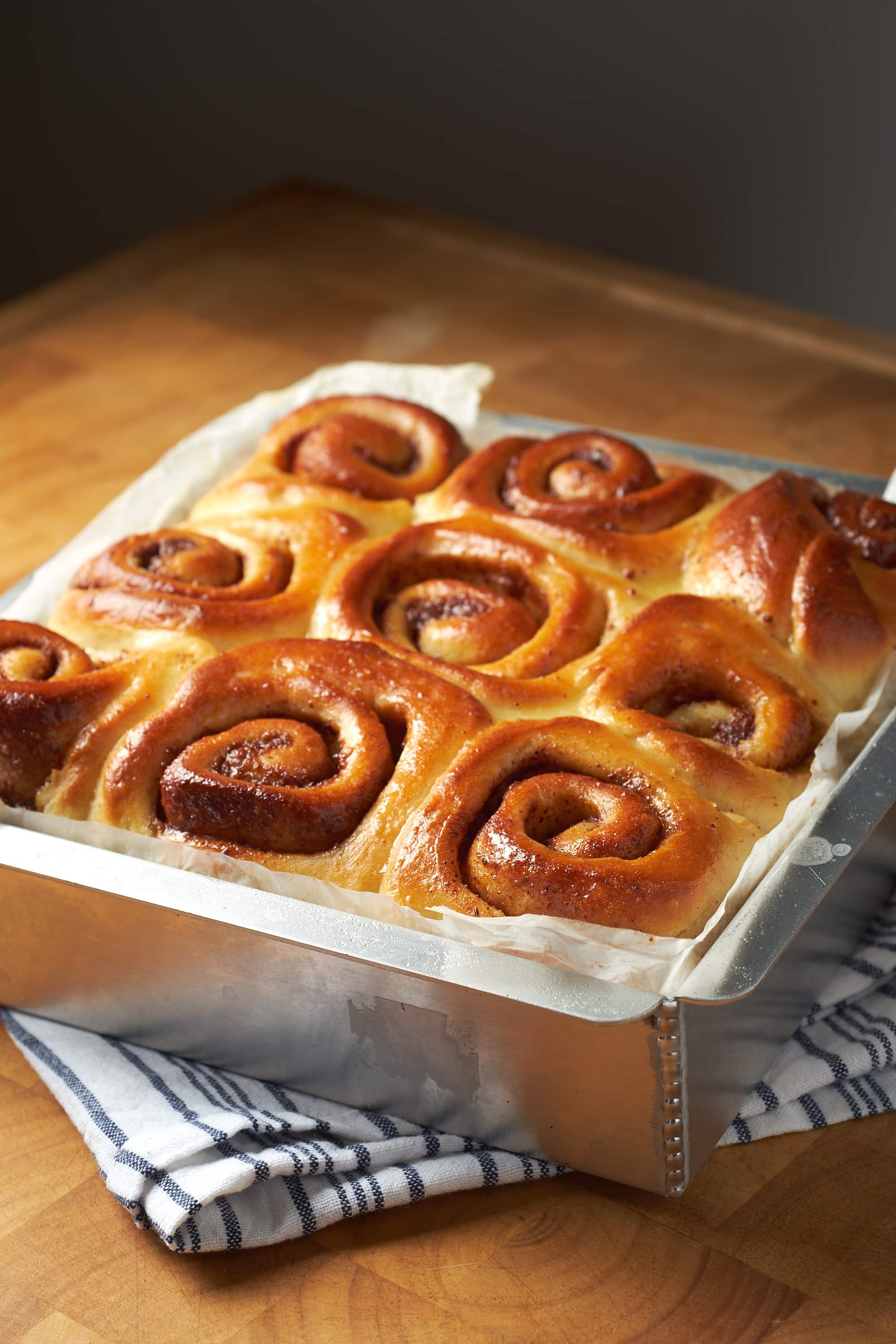 Brush with melted butter and almond milk immediately after the rolls come out of the oven. Dust with cinnamon. 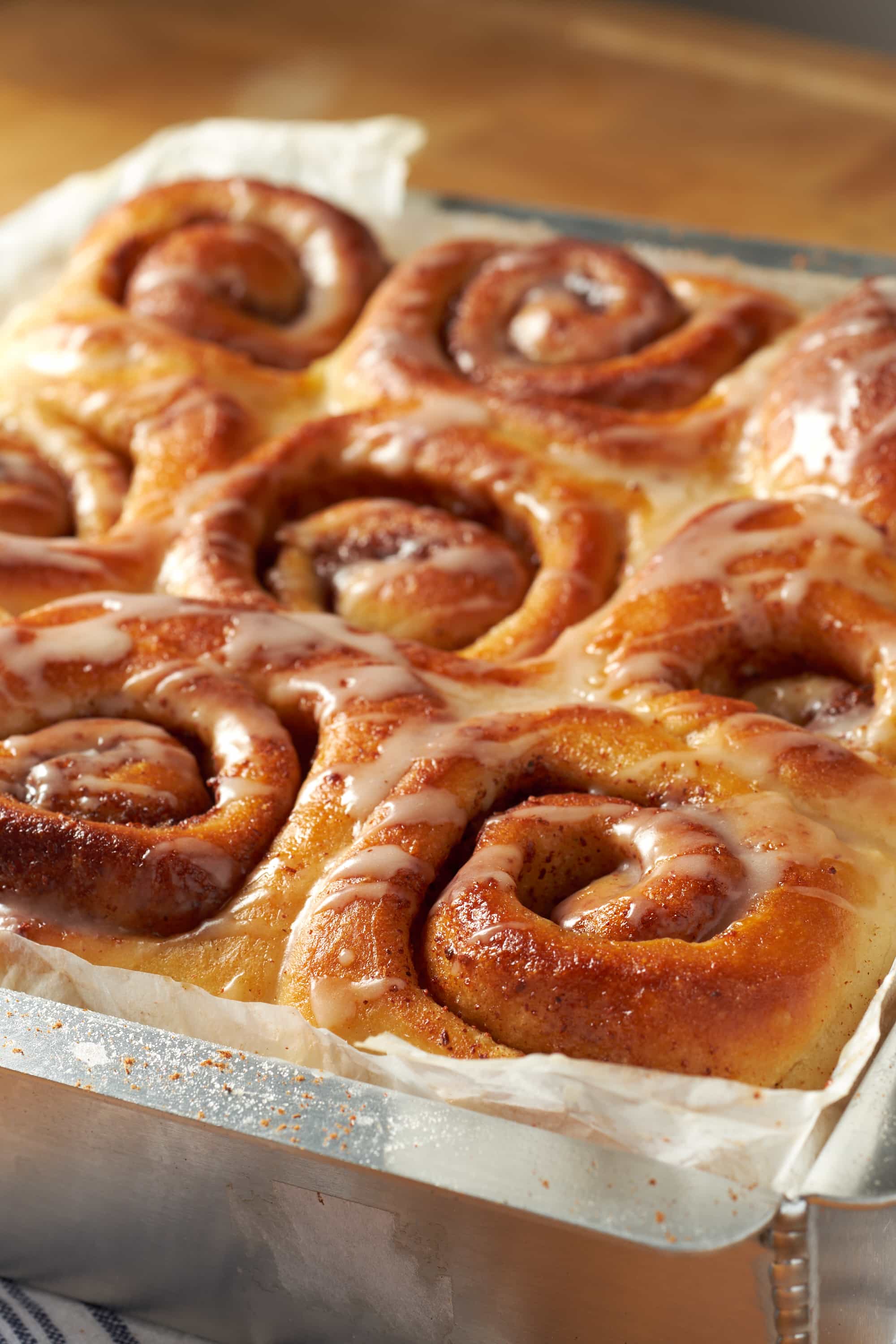 Fresh cinnamon, vanilla almond milk, Mexican cold brew coffee glaze. These are going to make your Cinnamon Rolls stand out in a crowd. I might use regular cinnamon, milk, and a sugar glaze instead just for the sheer enjoyment of making these rolls. The dough is so soft and subtle that it’s a joy to work with. You can do this by hand but a stand mixer makes quick efficient work of it. Once your dough comes together, let it rise for about an hour. Roll the dough out to a rectangle on a clean surface. Smear button on the dough then dust it with brown sugar and cinnamon. Roll the dough in to a log. Bring a piece of thread beneath the dough and use it to cut the roll in to individual pieces – using a knife risks smushing the edges together. Place the cinnamon rolls in a greased pan and allow them to rise for 20-30 minutes or until they’re as big and fluffy as you want them. Bake in a preheated 375°F oven for 25 minutes or until a toothpick comes out clean.

If you’re read this far then I guess you’re pretty interested in making these Cinnamon Rolls. I have to warn you – they are additive. Make sure you have people around to help you eat them. Unless you’re a protective eater like a wolf and would attack your guests. Then please eat all these rolls yourself and allow your belt to suffer the consequences. Enjoy! 🙂 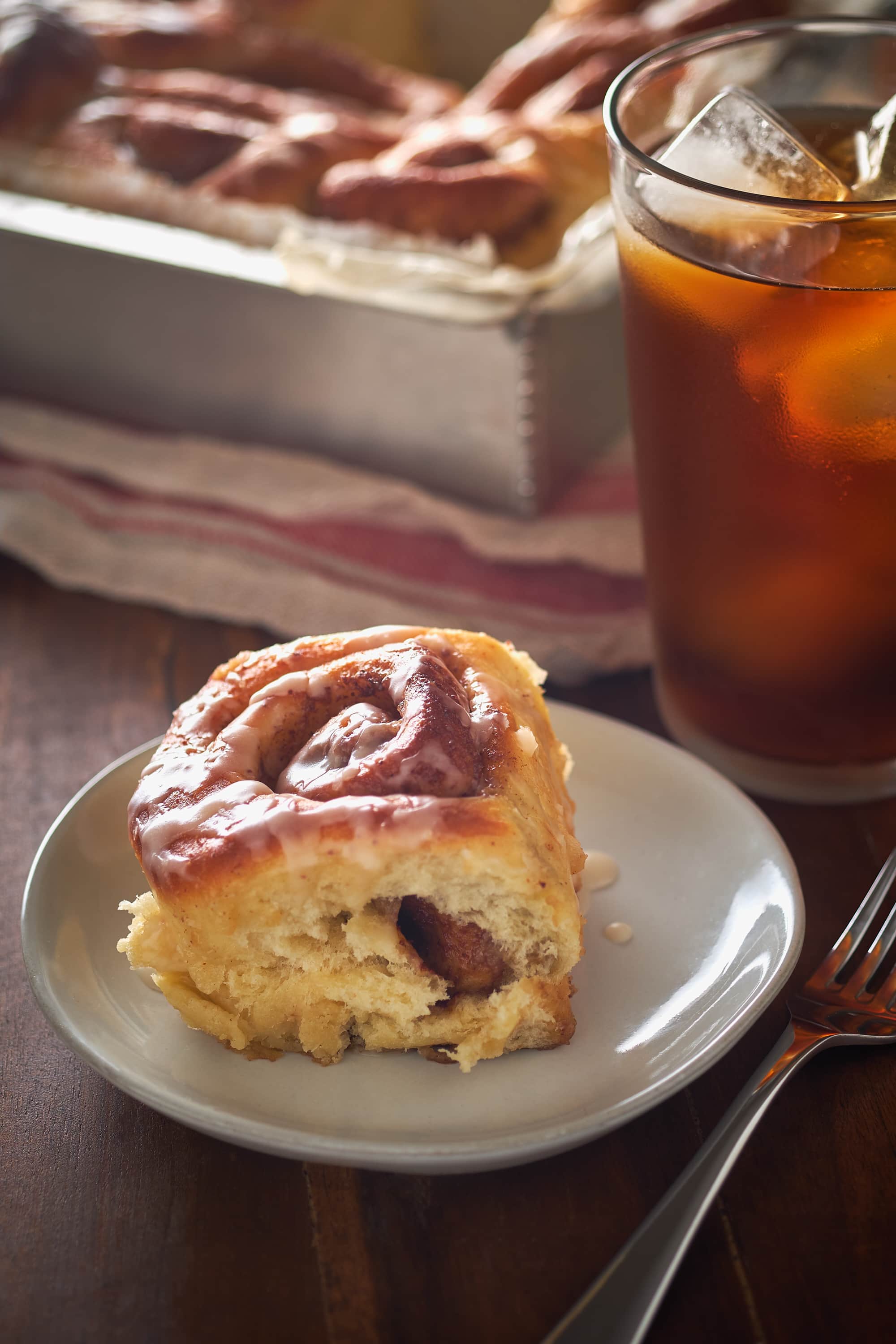 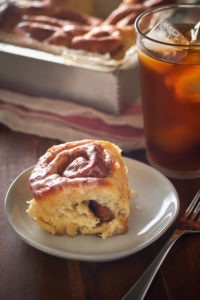 Prep Time: 15 hrs
Cook Time: 25 mins
Total Time: 16 hrs 45 mins
Servings: 9 Cinnamon Rolls
When life gives you fresh sticks of cinnamon, make Cinnamon Rolls! I made Mexican Cold Brew Coffee this past week which left me with a craving for some Cinnamon Rolls. It also left me with some Mexican Cold Brew Coffee to make a sugar glaze. And since I had some Vanilla Flavored Almond Milk I used that for the rolls instead of milk. There's still a stick of butter but, milk free!
Print Pin 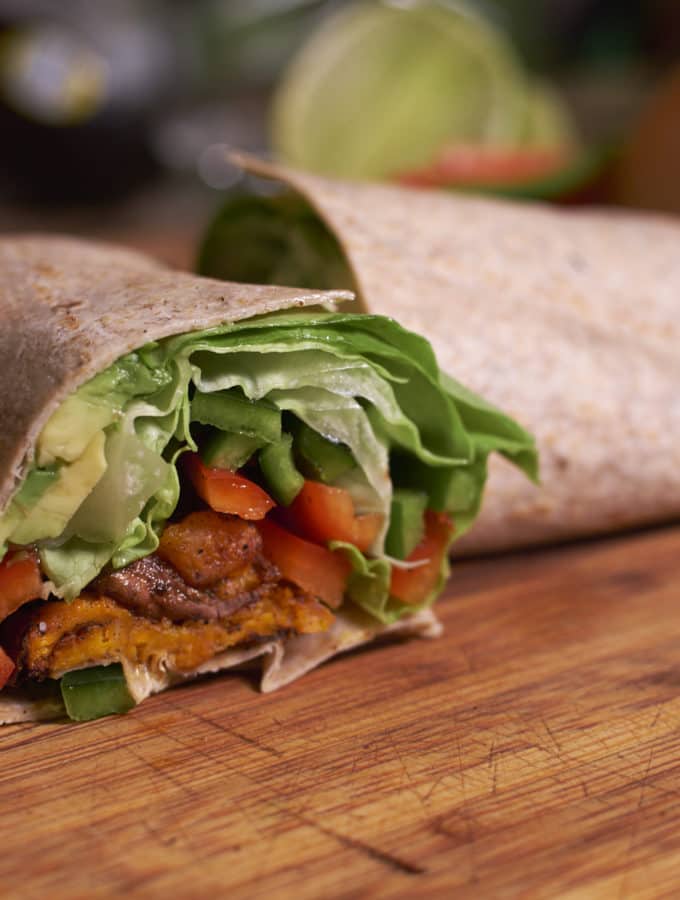 If you’re out of bacon, trying to eat healthier, or simply don’t much care for meat, Smokey Roast Sweet Potatoes are a great substitute for the B in the BLT Wrap. I wanted to create a vegetarian version of the BLT Salad Wrap I made last week but I needed a good substitute for the…

END_OF_DOCUMENT_TOKEN_TO_BE_REPLACED 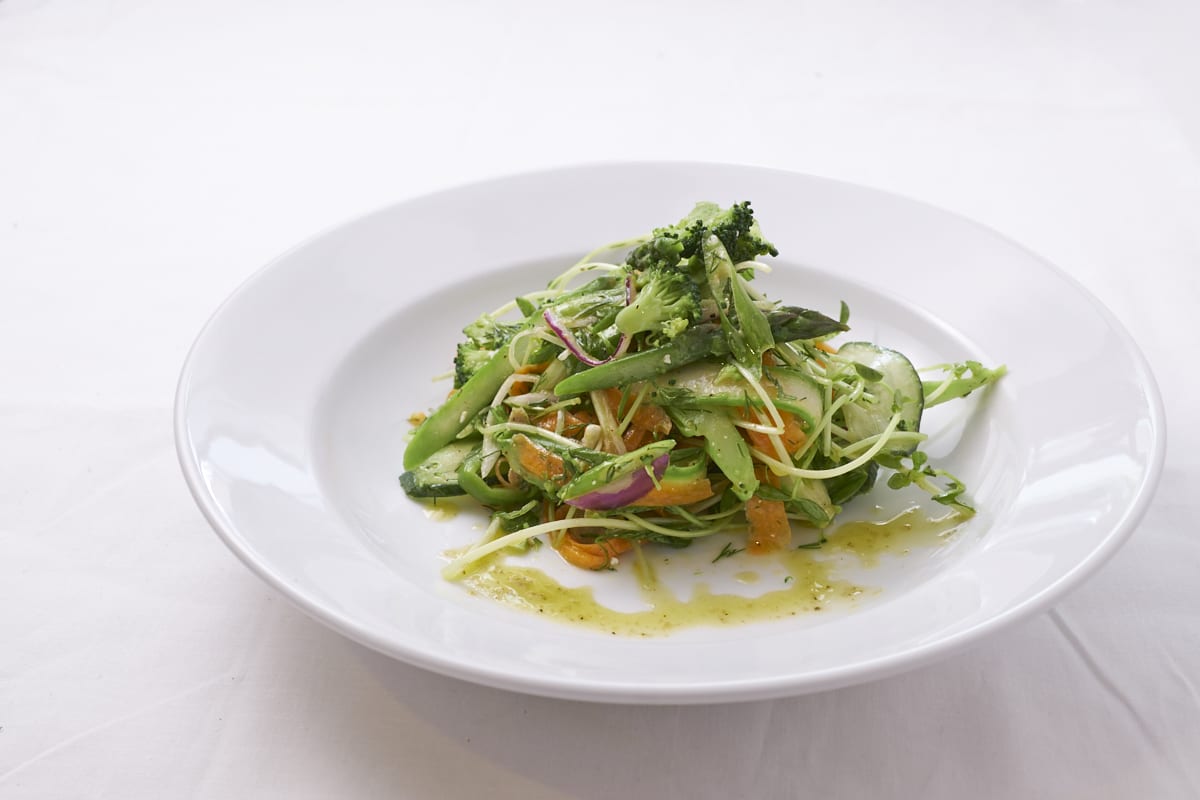 Marjoram and Mint Vinaigrette goes great on light salads, pasta and pork. AnthonyI’m Anthony from Philadelphia. I believe in the small changes and extra efforts that make our meals, life, and planet more enjoyable. Eat Up! Kitchen is a recipe and food blog where taking an extra bite of life yields food worth talking about….

END_OF_DOCUMENT_TOKEN_TO_BE_REPLACED 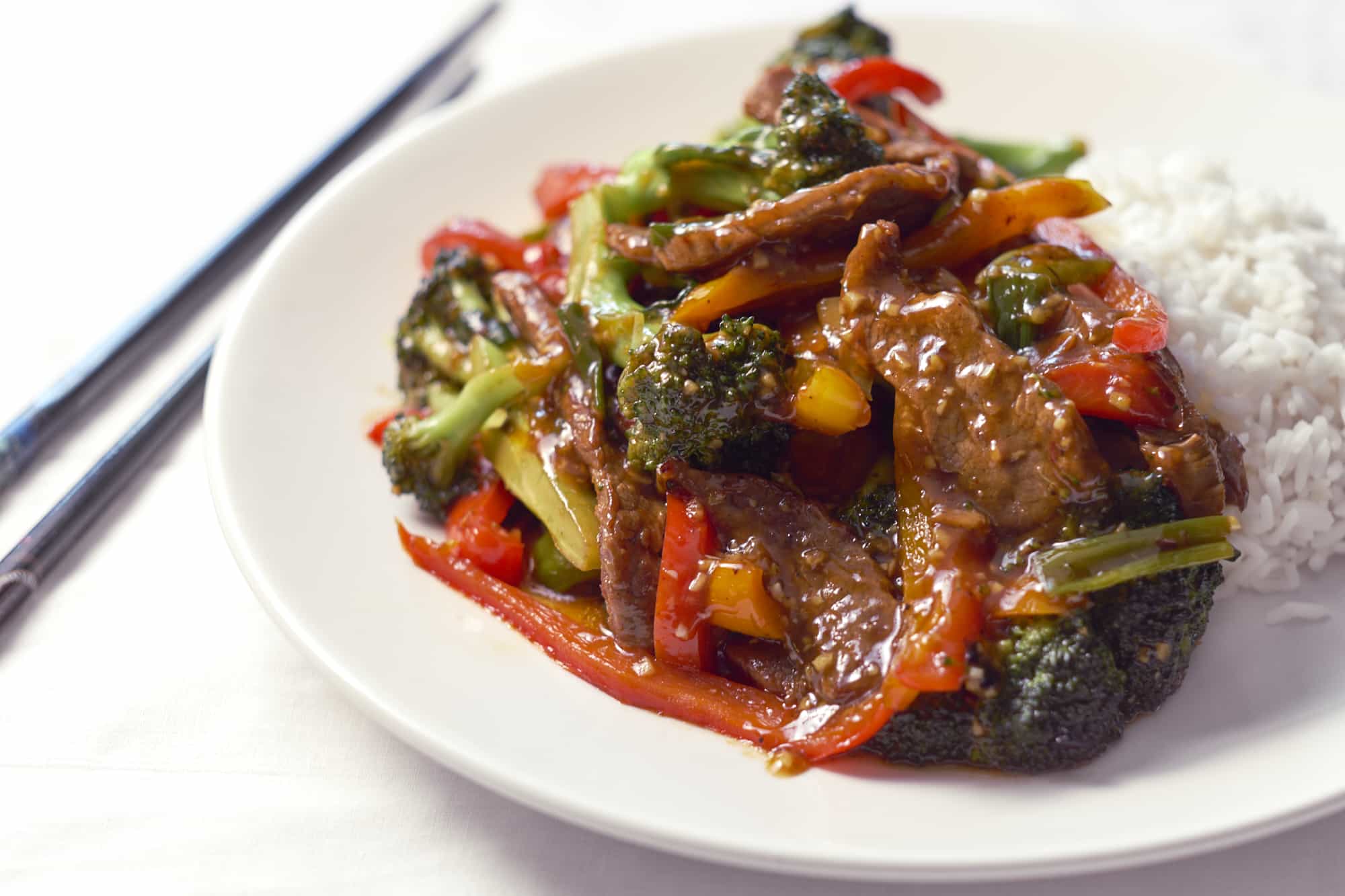 This simple stir fry with flank steak, broccoli and peppers comes together quick with one of the best homemade stir fry sauces ever! The most important step to this recipe is prepping the ingredients before you start cooking. Stir fry happens fast so you want to be ready.  Besides, a clean kitchen is a safe kitchen!…